Syncing is the process that transfers the data your device collects to your Fitbit dashboard. The dashboard is where you can track your progress, see how you slept, set goals, log food and water, challenge friends, and much more. Fitbit trackers and watches use Bluetooth Low Energy (BLE) technology to sync with phones, tablets, and certain computers. Fitbit scales use Wi-Fi to connect directly to your router.

How do I sync my device with the Fitbit app?

Data automatically syncs to the Fitbit app throughout the day. For best results, keep all-day sync turned on.

If you turn off all-day sync, we recommend syncing at least once a day. Each time you open the Fitbit app, your device syncs automatically when it’s nearby. You can also use the Sync Now option in the app at any time.

How do I manually sync my device with the Fitbit app?

With your device nearby, open the Fitbit app to the Today tab .

Press and hold on the screen and pull down (on Windows 10 devices, find the picture of your device at the bottom and pull up).

> your profile picture > your device image. Tap the arrows next to Sync Now.

From the Fitbit app dashboard, tap the Account icon > your device image. Tap the sync icon.

On Windows 10 computers with a USB port, you can automatically sync the devices in your house or other immediate space (about 20 feet):

Plug in the dongle that came in the box with your device.

All of the nearby Fitbit devices that are not connected by Bluetooth to another computer, phone, or tablet will sync automatically every 15-30 minutes. When you check your stats in the Fitbit app, you’ll see your synced data.

Click the icon with a Fitbit logo located near the date and time on your computer. Click Open Main Menu > Sync Now. You may be asked to sign in.

When does my Fitbit scale sync?

After your Fitbit Aria or Fitbit Aria 2 is set up on your wireless network, it automatically syncs your stats to the Fitbit app after every weigh-in. 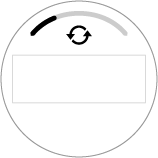 After you see your measurements, you should see a checkmark, indicating that syncing is complete. You can then view your data on in the Fitbit app.

Where can I see when my Fitbit device last synced?

Find information about your Fitbit device, such as firmware version, battery level, and when your device last synced:

> your profile picture > your device image.

. The last time you synced is listed below the name of your Fitbit device.

Why can’t I sync my Fitbit device?

If your device stopped syncing, the likely problem is a connection issue.

Will syncing work on my phone, tablet, or computer?

The Fitbit app is compatible with most iPhones and iPads.

Android phones must have both a BLE radio and software support. Because BLE is an optional component of Bluetooth 4.0, not all devices with Bluetooth 4.0 have it. A device can have the radio but not the software, or have software bugs that hamper BLE.

The Fitbit app is available for Windows 10 phones, tablets, and computers.

How often should I sync my Fitbit device?

If you have a Fitbit Surge, your device can store 35 hours of GPS data before deleting some data to make room for more.

Can I sync my Fitbit device with more than one phone?

You can sync your device with any compatible phone, tablet, or computer that meets syncing requirements. If you receive notifications from your phone on your Fitbit device, you’ll need to disable the Bluetooth bond between your phone and Fitbit device before using a different phone.

Can I sync more than one Fitbit device to the same account?

If you have multiple devices, they can all sync to the same account to make sure you see a complete view of your activity.

Which phones and tablets can I use with my Fitbit watch or tracker?

To set up, sync, receive notifications, and take advantage of other features of your Fitbit device, you must install the Fitbit app on a compatible phone or tablet. The Fitbit app is compatible with most popular phones and tablets. We’re continually adding more devices and improving our compatibility, so if you don’t see your device on the list check back soon.

Alternatively, you can use the Fitbit app for Windows 10 on your computer, or use Fitbit Connect to sync with a Mac or Windows 8.1 computer to access your data and take advantage of the many features of your Fitbit device.

Is My Phone Operating System Compatible With the Fitbit app?

To use the Fitbit app you must have one of the following operating systems installed on your phone or tablet: Apple iOS 11 or higher

Which Devices Are Compatible With the Fitbit app?

The following phones and tablets are fully compatible with Fitbit devices. We’re continually adding more devices, so if you don’t see your device here, check back soon.

Which devices are incompatible with the Fitbit app?

Due to Bluetooth issues that prevent certain devices, like Fitbit devices, from syncing, our products aren’t compatible with the following phones:

No comments to show.